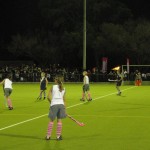 Two hundred u12 boys and girls from 16 primary schools throughout greater Cape Town participated in the round robin tournament, with the highlight of the day’s event being the play offs and finals which were played under lights in front of hundreds of proud parents and spectators.

The matches were tightly contested throughout the day and it was a wonderful spectacle of junior hockey. The semi finalists were the expectant power houses of Southern Suburbs hockey with the top four girls teams being: Rustenburg, Mickelfield, Springfield and Herschel while the boys were WPPS, SACS, Bishops and Rondebosch. Defending champions Herschel and Bishops were on track 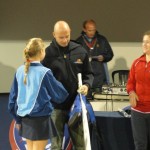 to put up a stern defense of their titles, however it was not be for Herschel on the night, as old rivals Springfield eliminated them to the 3rd/4th play off and headed onto the final to take on a resurgent Mickelfield. Bishops however triumphed over WPPS to set up a popular duel with hockey nemesis Rondebosch. 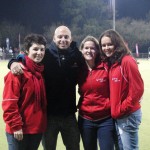 The lights were on, the SuperSport Let’s Play camera was rolling and the stage was set for two much anticipated finals. The action on the astro didn’t disappoint the crowds of cheering supporters with both matches providing end-to-end, riveting entertainment. 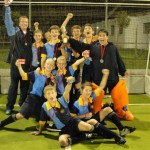 won several times in the past. The boys final was not as straight forward and couldn’t produce a winner in full time and ‘golden goal’ extra time and so it came down to the new format ‘one-on-one’s’ against the keeper. In the closest final for years it was a difficult way to decide the winners, but in the end it was Rondebosch that edged ahead to take the coveted title.

The evening was concluded with a wonderful prize giving that saw former SA cricket icon Herschelle Gibbs revisit his Alma Marta to hand out the prizes on this auspicious occasion. The winners and runners up received medals and trophies along with generous vouchers from Sportsmans Warehouse. The ‘top strikers’ were hounored with Kirsty Orton (Springfield) and Josh Scheepers (Sweet Valley) taking the individual prizes, which were sponsored by SuperSport Let’s Play and TK hockey. 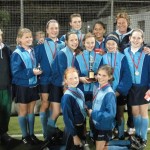 It was an occasion of fun, camaraderie and a showpiece for Western Province schools hockey. Well done to Bishops Prep on their outstanding organization and thanks to all the sponsors and spectators that supported the event.